COVID-19 Update: We are still busy processing online orders and dispatching as quick as possible. Whilst the majority of deliveries arrive on time and without a problem, next day & pre noon delivery services are NOT guaranteed and postal deliveries may take a little longer than usual. Thank you for understanding. Click Here for more information.
HomeVoltServer 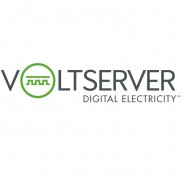 VoltServer is ideal to support the rapid deployment of FTTx, FTTH, LTE, 5G networks and other street based or remote network infrastructure devices.  Provided as an innovative turnkey solution from Connectix, VoltServer powers remote equipment over existing telco infrastructure avoiding the complexity and delay of feeding mains power plus associated civil works and wayleaves.

The solution is capable of transmitting high power levels up to 2kW over distances of up to 2km.

The VoltServer transmitter verifies the transfer of each packet. If there is improper wiring, a short circuit, or a person is touching the transmission lines, the transmitter recognizes the condition in 0.003 seconds and will not send any more energy packets. The result is touch-safe electrical transmission at high power levels via telco ducts and cables to quickly and simply power remote and street based devices.  The VoltServer technology is classified as a voltage band 1 system which allows it to co-exist with telecommunications and IT cables. 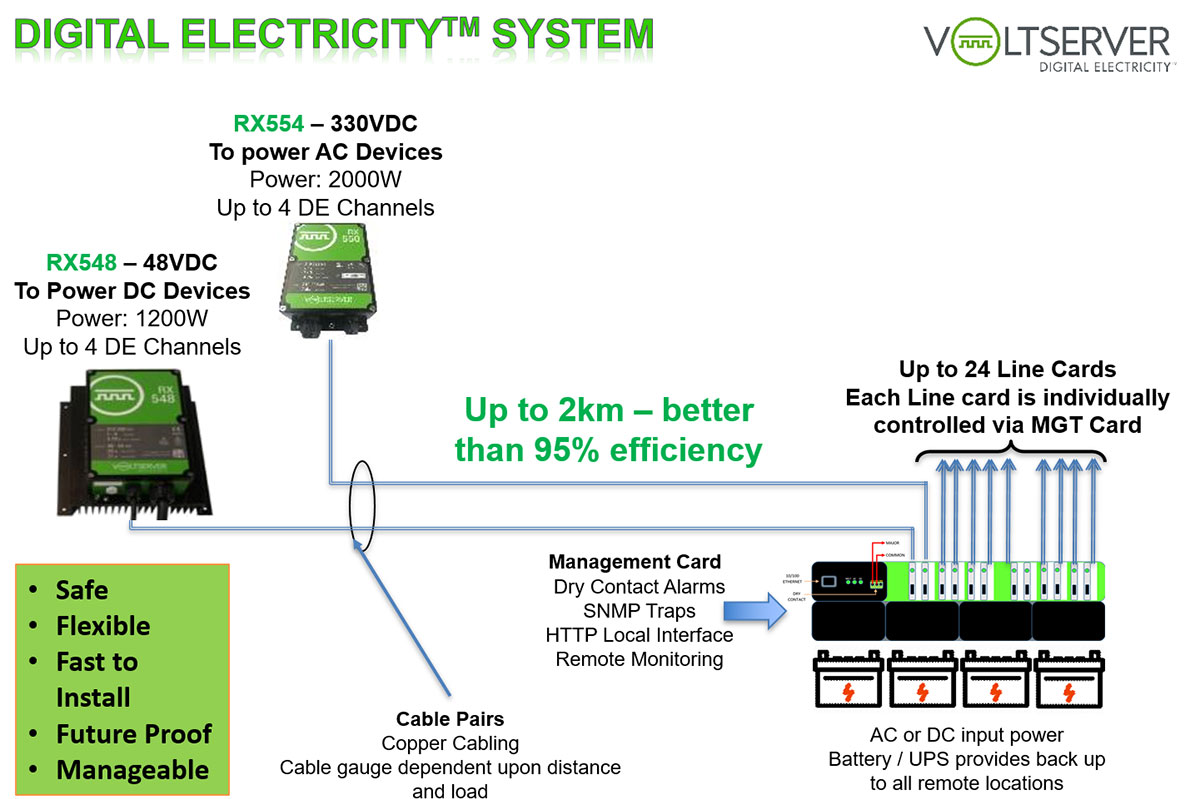 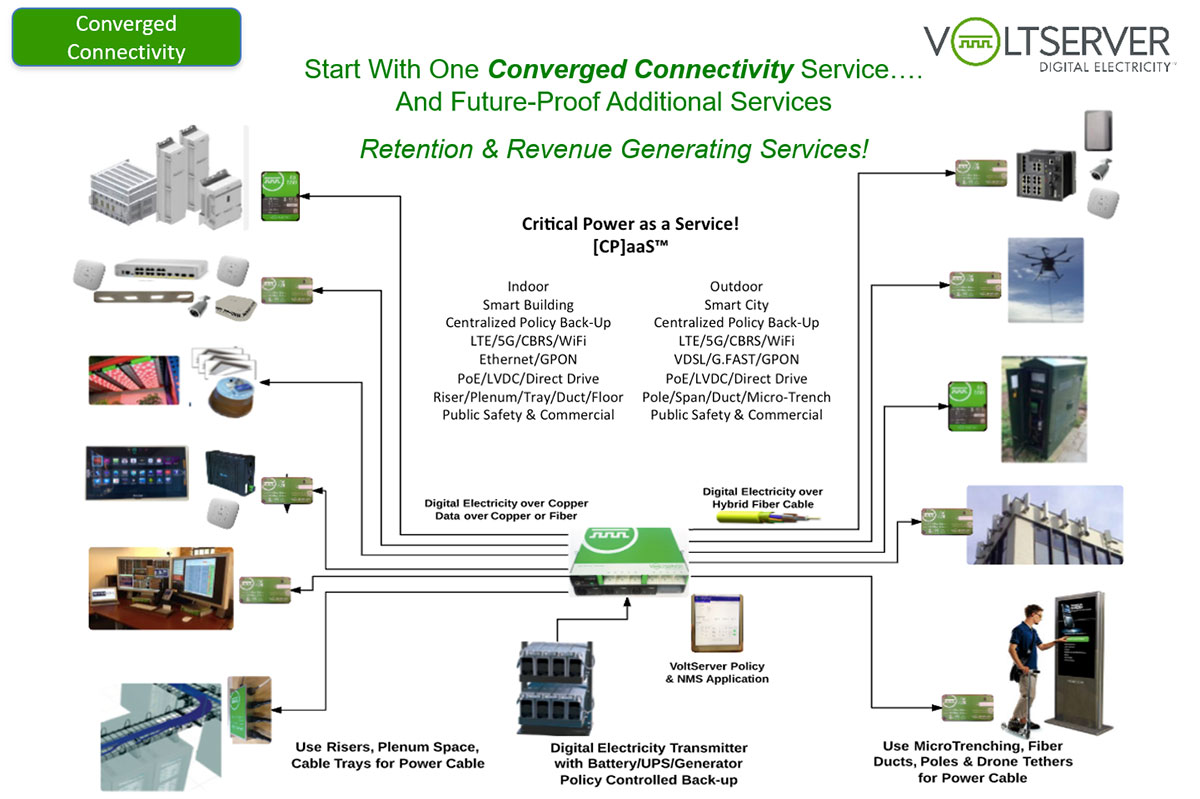