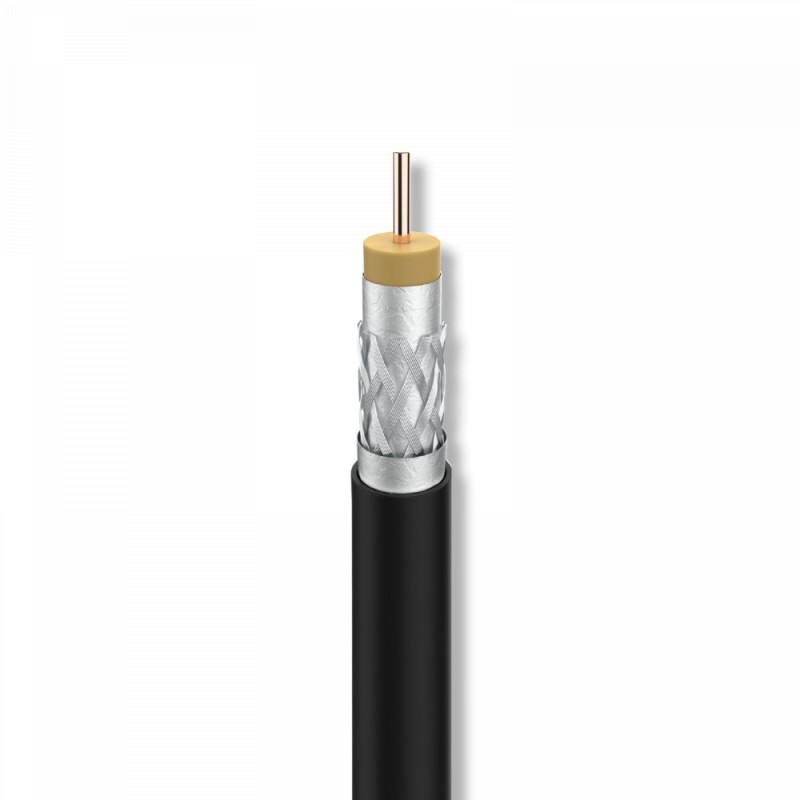 Coaxial cable with both conductors made of copper (Cu/Cu) and an outstanding braid coverage (60%). Triple shielded (TSH) cable, equipped with a second foil for extra shielded. An 18AtC cable with UV-resistant LSFH sheath.

With three shielding layers (Trishield), this cables provide the highest immunity to interference thanks to its very high shielding. Recommended in cases of high electromagnetic noise levels.

They belong in EN 50117 standard Class A, according to their structural properties:

Where the transfer impedance (TI) defines how effective the shielding is at low frequencies, while the shielding attenuation (SA) defines it in the 30 MHz-to-3000 MHz range.